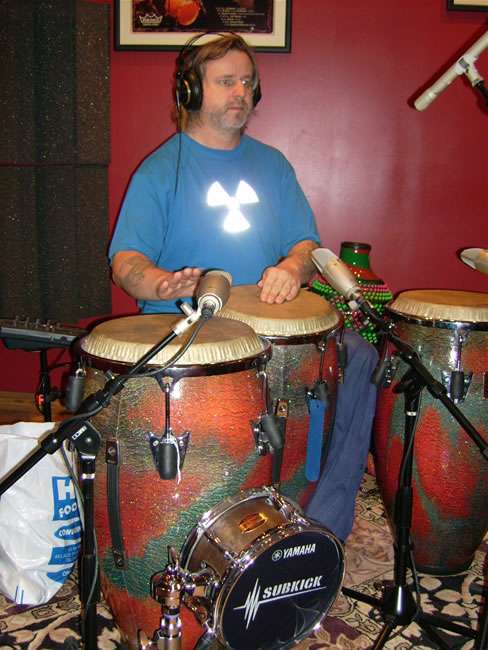 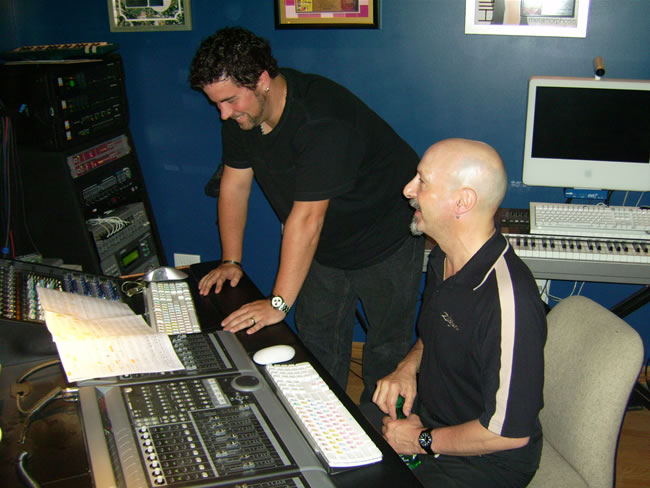 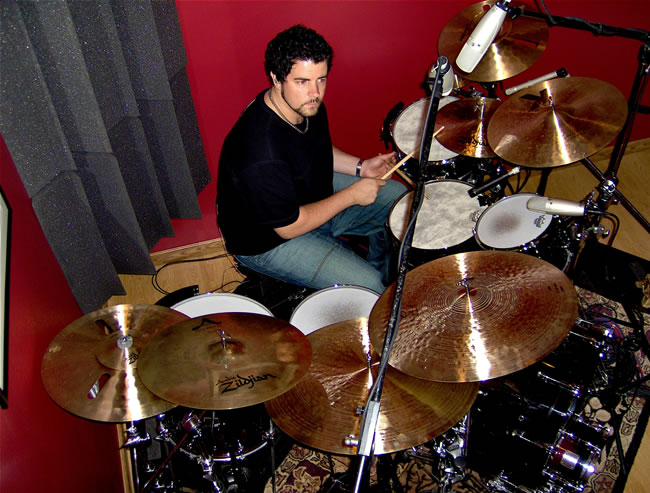 I was asked to be a featured artist at the ‘Rhythm’ seminar in Marktoberdorf, Germany in 2004. This was one of the most profound experiences of my career. It was quite the line-up of international artists. That year, Steve Smith, Thomas Lang, Jeff Hamilton, Ed Thigpen, Hakim Lundin, Karuna Murthy, Johnny Rabb and myself were on the staff. It’s a weeklong seminar, where we teach classes six hours a day. Each artist gives a clinic one of the nights of the week and all of the artists combine into ensembles to put on the closing finale concert.

One of the meetings that really changed my perspective was with Hakim Lundin and Karuna Murthy. Karuna is a master Southern Indian thavil player. Hakim is the founder of the seminar and a master percussionist from Afghanistan. Steve Smith had been an instructor at the seminar for several years previous to this one and had spent a great deal of time with Hakim and Karuna. During the week, they just blew me away with what they were playing! I had been exposed to Indian instruments in various forms over the years but never with a ‘master’ playing and witnessing the rhythmic complexity. As I listened to these guys perform, I couldn’t find ‘one’, I couldn’t figure out the time signature! As it’s said in the jazz world: ‘I just wasn’t there yet’. For the final concert, Steve and Karuna played some of the most insane stuff I had ever heard. I sat in, barely getting through the chart, just trying to play time for them!

In 2006, when I was asked back, Pete Lockett was on staff. For me, this was a great opportunity to get information about Indian music from an English-speaking musician that had knowledge of western notation. I would finish teaching my classes and run to be a student in Pete’s class. When we were organizing the nine ‘Rhythm Conversation’ pieces for my solo album ‘Arrival’, Chaka Blackmon (record’s producer) and I really wanted to have Steve and Pete on the date. Steve is a hero of mine and it’s an honor for him to be on my record. I wanted to have Pete play tabla and kanjira on several of the songs with the band, as well. When I sat down to write the piece for the trio, it had to be based around Southern Indian rhythms and those unforgettable Marktoberdorf experiences!

Southern Indian music is extremely interesting rhythmically. The primary basis for this in ‘Western’ music terms, might be described as ‘extended’ rudiments. Our (PAS) rudiments are small phrases, a four-note ratamacue, a single beat flam or a seven-stroke roll. What I noticed first about Indian ‘compositions’, is that they were being comprised of rudiments that were sometimes as long as 64 beats! There are many different ones and the musicians know these compositions extremely well. A player will hear a small portion of one and join in flawlessly for the remainder of the performance. Along with this concept, the composition starting points were falling in very unique places. For example: If we want to play sixteenth-notes phrased in five-note groupings for four beats, we would start on the downbeat, play two groups of five and a group of six to get back to ‘one’.

Indian musicians start later in the bar to keep the math simple. Start on the ‘e’ of beat one and three groups of five get you back to the downbeat. A lot of the Indian figures are repeated three times.

This is a simple explanation. Some of these compositions are 27 beats long and start on beat two of bar two in an eight-bar phrase, confused yet? It took me quite some time to just wrap my head around what was happening. Steve Smith adds: ‘Every Indian percussionist I play with, shows me a little something else. There are, of course, guys like Pete Lockett, who’s not from India but he’s an incredible musician using all the Indian drums and rhythms. Pete has showed me a lot. I’ve learned a lot by touring, playing concerts and recording with Zakir Hussain, who is a master tabla player. Doing the ‘Rhythmic Conversation’ track was a lot of fun, I’m very interested in this style of music. Russ put together a really cool track that incorporates the Indian rhythms with a sort of ‘Bollywood’ feel to the music. It was great working out the different drum unison parts and then doing some solo trading back and forth, especially in the Konnikol trio at the end.’ For more in-depth Indian music studies from Steve, check out his articles ‘Indian Rhythms, An Intro For The Western Drummer’ in the 11/05 to 4/06 issues of MD.

Pete Lockett comments as well: ‘This piece is a very interesting approach to common Indian rhythmic compositions. We took a unique direction on how to voice these rhythms on the drum-set and various percussion instruments. The programmed ‘Tala’ and loops are a bed of time for these rhythms to sit upon. Through the study of southern Indian music, this piece took a contemporary approach, while keeping the integrity of the tradition.’

About the piece
As with all of the ‘Rhythmic Conversation’ pieces, I am ‘panned’ center to far left and the featured artist (Steve Smith in this one) is center to far right. This track is a techno based, short composition with an Indian flute as the melody. The flute has a small motif that occurs throughout the piece. I wanted to have a subliminal jazz song form as the track, a basic AABA form. The intro unison figures are the opening of a composition called a ‘Korvai in 8’. It’s very similar to the call & answer statements in Brazilian music. They use this as an intro to a longer composition.

Usually, this would go right into the five reduction figures after letter C, but I had it go to a groove section. This is meant to establish a little more of the time and feel of the piece. The five reductions are groups of five notes that mathematically subdivide. Starting with dotted half-notes grouped in five, they divide down to sixteenth-notes grouped in five. This entire piece is in 4/4 and the tempo is consistent. It’s very tough to hear where ‘one’ is, but it is all falling into eight-bar phrases in 4/4.

Commonly, in the performance of this music, there is a musician counting ‘Tala’ with their hands at the front of the stage. The Tala musician is counting time with his fingers and making a big movement every eight beats, like a hand clap. This visually helps the players keep track of ‘one’. This is because many of the phrases are long and often play through the bar-lines. Of course, Indian musicians are not thinking of ‘bar-lines’ as we are. I programmed a sample of some finger cymbals on the ‘one’ of every eight beats, where the Tala would be visually stated. This continues for the whole track.

Steve and I came up with a tom-based pattern that interplays back and forth as the main groove. With the panning assignments, this creates a very cool sonic effect. We gave Pete some time to color and solo at letter B, and Steve and I just added some unison figures around him. I have a fill at bar 53 and Steve at 54 and we are back into the groove again with some small embellishments. Then at bar 71 (A2), we perform the five reduction figures. Again, this is a common Indian ‘rudiment’ of sorts. Out of these, we have a breakdown section ending in unison groups of nine then we go to the solo section at letter E. I solo first and Steve’s solo is second. We both tried to state some of the Indian figures as a basis for the solos. Out of Steve’s solo, we have an extended composition section (B). All three of us play these figures in unison. The five reductions happen again out of this, as a re-statement of the ‘A’ or the ‘head’.

The ending is slightly different. We have unison seven’s to nine’s as ending figures to get us back to ‘one’. We didn’t end on the Tala ‘one’ and added some bars of release, to place us in position for the vocal ‘Konnikol’ trio at letter H. ‘Konnikol’ is a vocal representation of the sounds of Indian instruments. This is taught in India before playing the actual drums. For some great ‘Konnikol’ performances, check out Subash Chandran, an incredible Indian percussionist. Pete, Steve and I worked out these three Indian phrases and traded around inside of them. Of course, Pete’s is super-sonic and we just tried to hang! The outro finishes on the Tala ‘one’, so the Indian police won’t knock on my door! 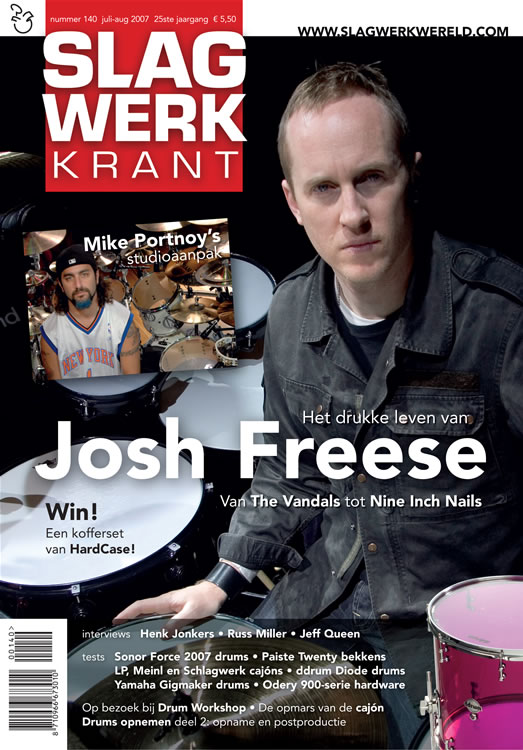 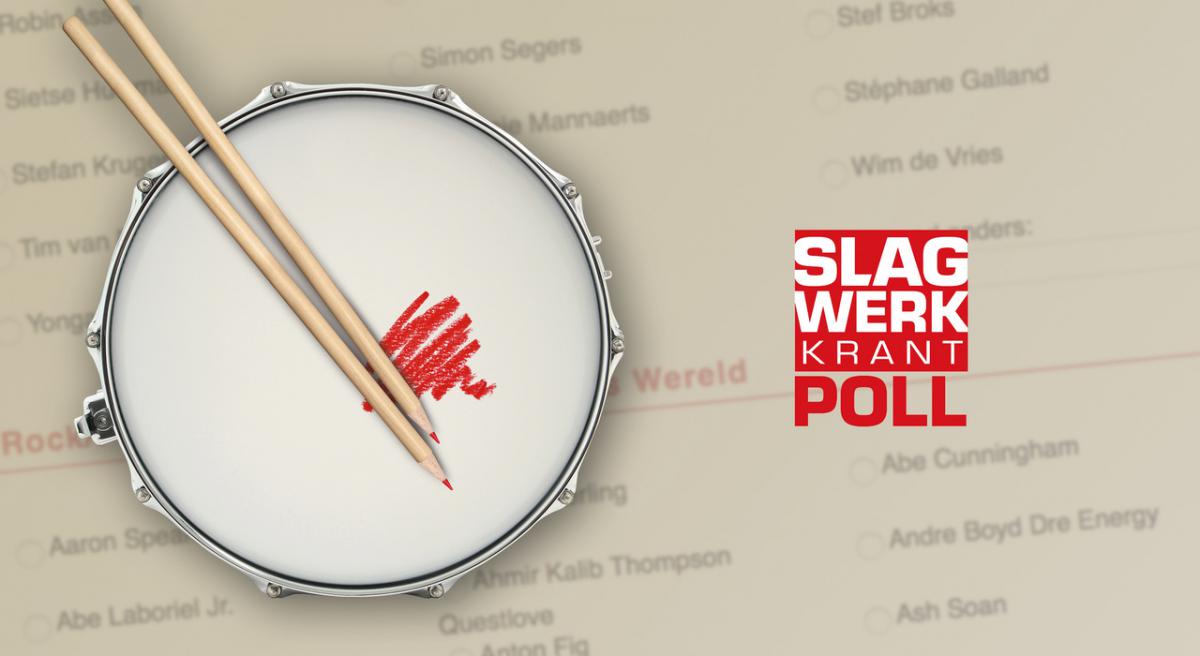 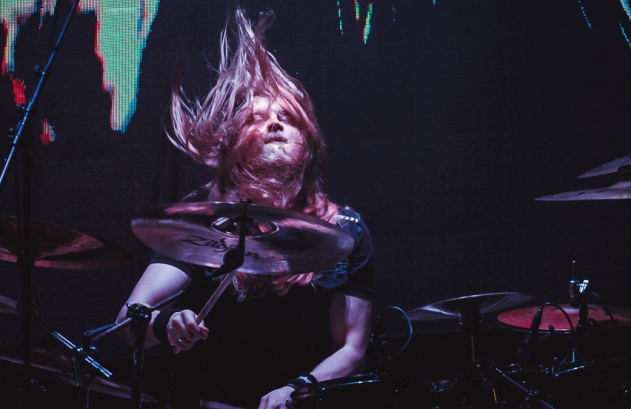 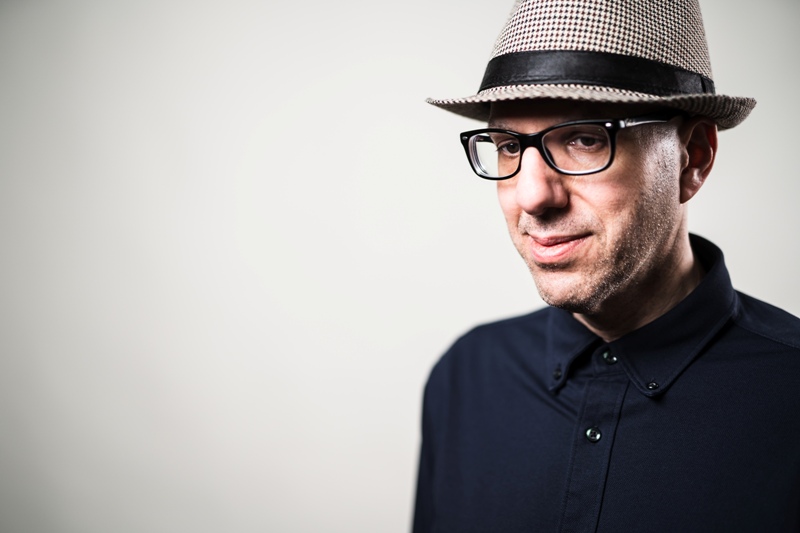 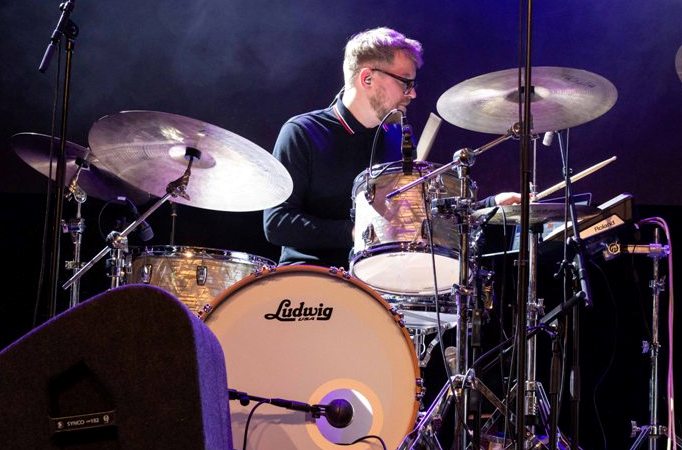 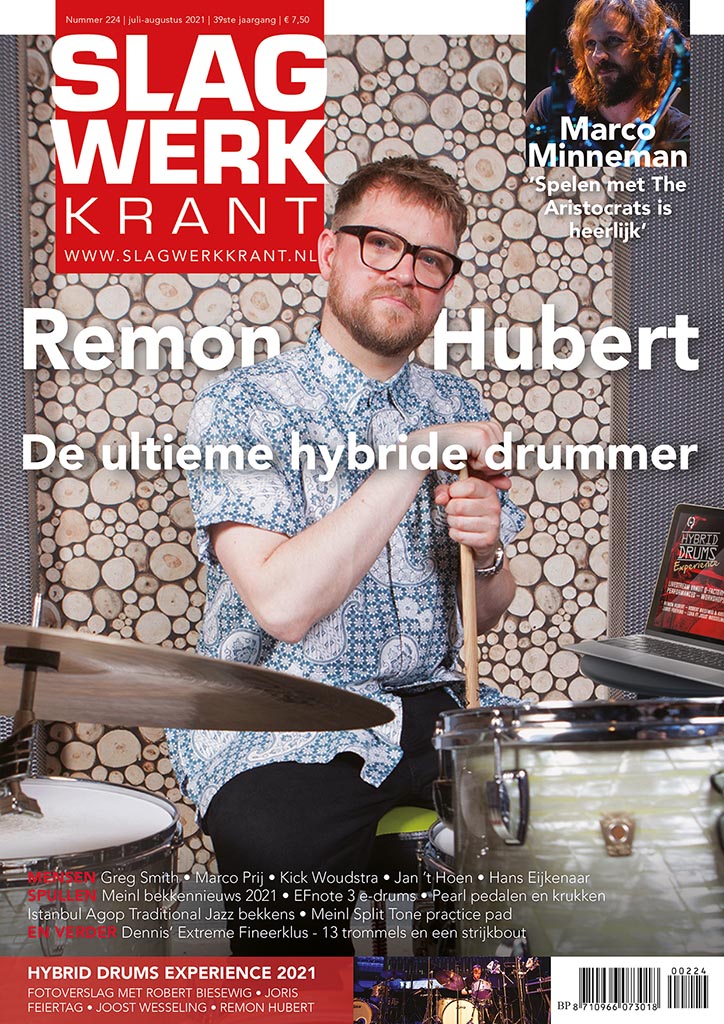